“I ran on the road long before I danced under the lights. I hated every minute of training, but I said, ‘Don’t Quit.’ Suffer now and live the rest of your life as a champion.” – Muhammad Ali

As stated before, I’m dedicating this week’s posts to the late Muhammad Ali. When I think of Ali, it hit me that many of his characteristics can applied to your life, as well as your network marketing career. So today, I will start with standing up for what you believe.

We know Muhammad Ali for his quick wit both in and out of the ring. But there’s still a major contingent of people who did not realize where his burning desire originated. It has been well documented that at the age of 12, Ali had his bicycle stolen. Ali, then Cassius Clay, never found out who stole his bike; however me mentioned to a local boxing gym owner “If I find the guy who took my bike…I’m gonna whup him.”  The gym owner, named Joe Martin, Sr, replied: “Do you know how to fight? You could know how to fight if you’re gonna whup somebody.”

And the rest was history.

Each time I read about how one act, such as a stolen bike, can transform your life. These transformations can be for the better or worse. In life, we all have our moments in which our lives were changed. However, with Ali, he did not let that stolen bike depress him. Instead, he took that anger and channeled it into one of the greatest professional boxing careers of all time. Even out of the ring, he manifested that same spirit in every endeavor that stood in his way. That is the power to stand up for what you believe.

To create your network marketing empire, you have to realize that your past does not determine your future. It is the present that can fuel you to success or failure. The above quote mentions how Ali despised training for his fights, but his quest to be the greatest boxer was stronger than his training disdain.

You must never forget that you may see the glory, but oftentimes you do not know the story behind someone’s success. It takes pressure to make a diamond, and success is built when all eyes are not on you. It is important that you find a way to sacrifice now, or pay the price for your lack of effort later. What is your price for success? Are you willing to pay that price?

Ali was also a firm believer in affirmations. Most people remember his predictions of when he would knockout an opponent, yet many of those times, he fulfilled that prophecy. How? Because he envisioned the end result, and did everything in his power for the result to come to fruition. Once your faith becomes a deep conviction, then you can become unstoppable!

I’m not saying to boast like Ali when it comes to your network marketing pursuits, but you need to develop a deep conviction. You must believe so strongly that you will be successful  that you have no choice but to accomplish your goals. Your sense of belief must be so strong that you can taste that success. You must do what it takes to become the champion that you can become.

To Your Massive Success, 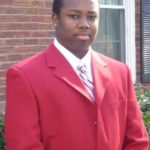